What happened in three months after my arrival to the Czech Republic?

I am now two months before the end of my stay in Brno and I can say I finally feel comfortable here. Yes, when you arrive to a new city, most of the time people need three months to adapt to the city, the language, the culture, the people … But now it’s done! And it was not easy for me because for sure French and Czech cultures are quite different.

The clash of cultures

Before arriving here in Brno, I thought I knew everything about Czech culture and habits, based on what I heard here and there. But please trust me, it is super important to learn about these things before coming to live in a country and I think many people forget to do it, like me!

When I decided to do an European Voluntary Service (EVS), I was immediately choosing from the eastern countries, people told me sucg good things about this! “Yes you will see, people are very welcoming and so friendly, they will take you very quickly under their wings”. But it’s not exactly what I would say about Czech people. I will explain… 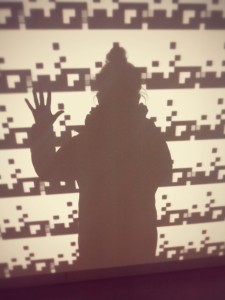 From the first day I arrived I did everything to be an extrovert and to meet as many people as I could. When I said hello, I was making a kiss on the cheek of the people, yes as in France, for me it was normal.  But my god, I think that was the biggest mistake! When I bent to kiss them, I could see straight their incomprehension and sometimes even panic in their eyes! They didn’t know how to react and held out their hand to me directly. But whatever, I insisted to do a kiss all the time. I had insisted for two weeks when I finally understood that Czechs were not used to that and I had to stop because I really made them uncomfortable. For us, the French people, it’s really weird to shake hands when you have the same age! But now I understand that it’s not the same for Czech people. Therefore that is better to check information before coming because personally I didn’t find out information about Czech habits.

In addition, during my beginning here I had a tendency to approach people too directly, talk to them openly and ask lots of question. But I think I was too outgoing and I frightened several people sometimes (like one of my roommates for example). But later, I had an opportunity to discuss about my experiences with Czech and other foreigners living here and I finally realized that we didn’t work the same way. At first, most of Czech people look shy and close. They aren’t directly open and don’t take you into their arms after one hour. They need to get know you and you will little by little gain their trust. It’s not like in France, in Italy or in Spain where when you talk with someone, you have an impression, just after a few minutes, of being already their best friend. What I said may seem extreme but it’s really what I feel after three months here.

Once I discovered the city of Brno, I had planned to leave for a month to travel and see what is going on around. Because yes, travels are a part of the EVS. If you decided to go that far, it would be a shame not discover the surroundings.

I decided to start with Budapest in Hungary! What a beautiful city with all these great buildings lighted up at night, the majestic parliament, thermal baths, its “ruin pubs”, the largest synagogue in Europe, Jewish’s quarter, its great Buda Castle and its citadel, the central market hall, the Margaret Island… so much things to discover! It’s a big city and it is a pity me and my friend were not able to stay longer. Whatever town we always visit, I find it a bit frustrating to discover just the “tourist parts” of a city. But when you know nothing about the city, you just stupidly follow the tourist guides. However I still feel the lack of discovering the hidden parts of the city known just by local people. Unfortunately, that’s why it was complicated in Budapest, especially because we stayed only for a short period of time and knew nobody in the city. 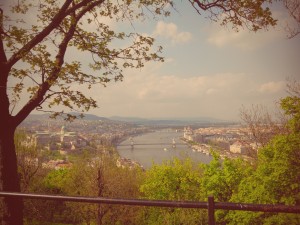 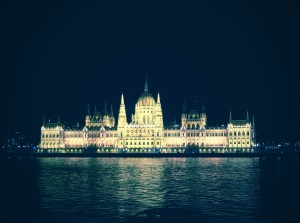 Anyway, based on the little that I could do, I advise you to climb up to the citadel if you want to have a great view of Budapest. Your calves will burn but arrive at the top. It’s worth it! Go drink beer to Szimpla Kert and Fogas Ház, two of the most famous ruin pubs of Budapest, eat a langos in the central hall market, rent a bike or take a ride to Margaret Island and wait for nightfall before going to the other side of the Danube opposite the parliament to enjoy it!

Just after Budapest, I went directly to Breda in the Netherlands to join a French friend who is on Erasmus there. It was radical change! After the great buildings of Budapest, I discovered the small houses of the Netherlands, everything seemed to be in a small format. 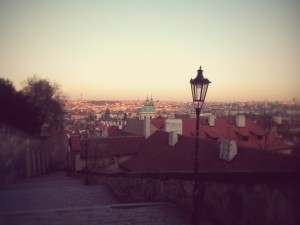 Next city on the list: Prague. I finally discovered the capital! All Czechs told me “you will see there are tourists everywhere, you can hardly can the streets of the city center”. Right, I admit that Prague is a small city with some tourists as everywhere, so unfortunately it’s very quickly crowded :s but that doesn’t take away its charm! 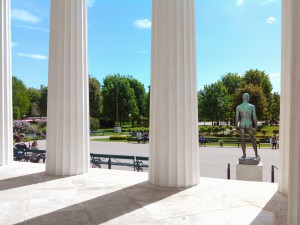 And finally: Vienna! Again, it was pretty sudden change. Unlike Prague, Vienna is very large, with big and white buildings giving to the city a chic and smart aspect. I advise you to visit the city center with all its churches, museums (MUMOK and Natural History Museum), Schönbrunn Palace (the famous palace of Princess Sissi but unfortunately it’s very expensive especially for a student…), the Prater Park, an amusement park with it big wheel to see the city from heights…

For all the people who would like to find cheap accommodation, I recommend hostels with a shared bedroom if you want to meet people. However, if you travel in a group of more than 3 or 4 people and the way of life is expensive, try Airbnb! This will cost you less per person. Next step: try CouchSurfing! This is the cheapest way for housing and you are sure to meet people 😉

This concludes my little globetrotter’s month. Unfortunately I’m still missing a few countries like Slovakia or Poland and I have just visited the capitals but as some of you know, while on EVS you have a right to 2 days off per month, so you have to plan well to see a maximum of things!

Regarding my mission in the associations, I feel more comfortable after three months. The language and the work have become easier. However, EVS requires a lot of autonomy, responsibility and independence. It is true, sometimes I don’t have a lot of work even with the two associations, so if you want to be active you have to plan yourself, find other activities and do some sports. But the motivation is not always here. Often, you can feel alone, far from your country and your family. So, I think it’s important to come here with a real goal. Associations where you will volunteer, they won’t plan a schedule A to Z for you during all your stay. Sometimes, if you want to participate and be active, you have to ask where you can help and what you can do. You are there to show your good will and associations will not always be there to pick you up and give you tasks. We must learn to be entrepreneurs and sometimes create our own projects that interest us 😉