The human mind works in a mysterious way – it thinks about the end while it’s just the beginning.

The end might show itself in my mind because, after these two and a half months, little by little I started feeling like home. I feel I’m warming up and attaching to the city, to the people, I’m starting to feel comfortable and happy. So when you start feeling like this, you don’t want it to end.

This is my third time living abroad. The last two times it was also short-term stays – the first time for four months and the second time for six months.

The feeling of moving out

Maybe you who’s reading this article are a young person finishing school or university, or maybe older, already having a career but feeling that you want a change, that you want some breeze in your life, new people, new environment, new culture and what is the most important – you want to experience something different. For the same reasons, I went to live in different countries – Bulgaria, Spain, and now in the Czech Republic. And when I was going for the first time, I looked for the encouragement and support of others, maybe of the ones who have already had this experience and could tell me, so what is it like?

When more than two years ago I went to Bulgaria, I was taking a plane maybe for the third time in my life. I think in general I had traveled just once before that – when I was 21 I went to London to visit my friend for 5 days. That’s it. So I felt very excited and also very insecure – I was going to my Erasmus alone and I wasn’t sure how I will adapt to the new environment. It is always good to have a wingman, right? I had none. There were even no Lithuanians among all the Erasmus students I was with. I was scared about how will I get from Bucharest to my city, I was afraid to change trains, to miss the flight, not to find a way, a lot of things that scared me and at the same time a promise of a new experience that excited me.

The second time I went to Barcelona so it was pure excitement. Again, I went alone and not sure how will I find friends there – this time there wasn’t any Erasmus community. Since I hadn’t been traveling for two whole years, I was nervous about the flight. But that was pretty much it.

And at last, going to the Czech Republic was totally different. I wasn’t nervous at all and the moving felt like something very usual, nothing extraordinary. For the third time I was moving to a different country alone and it already caused me no stress.

I think I need to explain here, so why did I go again to a new country, if it was already nothing extraordinary for me? Well, because of the thing I am doing now – I wanted to write. Indeed, I got this chance and the reality met my expectations, but life also had a surprise for me. 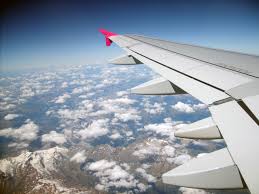 You never know what’s behind the corner

I went to the Czech Republic with an idea that it is an opportunity for me to improve my professional skills by writing about things I like and seeing how an NGO works. Somehow NGOs’ work always seemed to me to be meaningful. And even if now I don’t see everything behind the curtain because many other members of my organization don’t work from our office, the website is in Czech and mostly I am writing articles and preparing for the events, I feel at the right time and place because I have an opportunity to talk about the topics that are important to me – the life of the young adult, creativity, intercultural environment, traveling, volunteering – the topics Mladiinfo is about. So coming here my goal was purely professional. However, in the end, work might make our life more interesting but people make it happier. And that’s the surprise – not expecting to meet people who’d make me happy, I met them.

As I have mentioned, each time I went abroad, I went alone. The first two times I was lucky enough to make some precious friends immediately. This time it took me more time. The funny thing is that I hate being alone but mostly I am going everywhere alone. And if you are the same as me – a person who wants more than he has but let’s say who feels afraid to go on adventures alone, without a wingman, I must say – don’t be. Or rather despite your fear go on defeating it. Because I think just because I was going alone, I met all those precious people.

Also learning to be on my own made me stronger. It took me time until I got used to sometimes have no one to go out with but in the end, my happiness started to be less dependent on whether I have someone to go out with every day. And in the very end, I always have. 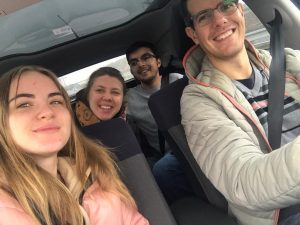 The end is my only friend?

That’s why it is sad to remember that everything has an end. New culture, new environment, the experience of the different, all is great but there is nothing better than friendship. I must say during all my stays abroad, all those times when I decided to go for more than I had at that moment and not to let any of my fears or insecurities stop me, I had a time of my life. It is important to say that it wasn’t the buildings or the cities and even not the jobs so special – it was the people I met, even when I didn’t expect it. The only negative side was that I needed to leave them.

At the end of this article, I would like to share one thought which I have been wondering about for a while. That life is crazy, absolutely crazy. Sometimes we think that we are in control of it, but it always goes the way we don’t expect it to go because there are so many circumstances ahead of us which we don’t know about yet. Sounds like a cliche but it is truly mind-blowing.

So I believe that there is a chance that all those people who I met during my life and who became dear to me will stay in it in one way or another.

I believe that the way they changed my life will never be erased from my heart.

For more stories, check out Mladiinfo’s website. You will find related articles about traveling experiences and being a nomad.

If you want to go out in the world, be a nomad, try a new environment too, go to the European Solidarity Corps website and start searching for an opportunity! Maybe you would like more the nomad lifestyle, who knows? 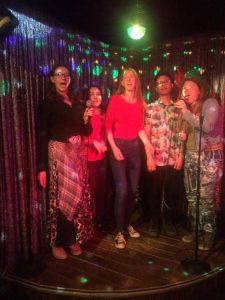